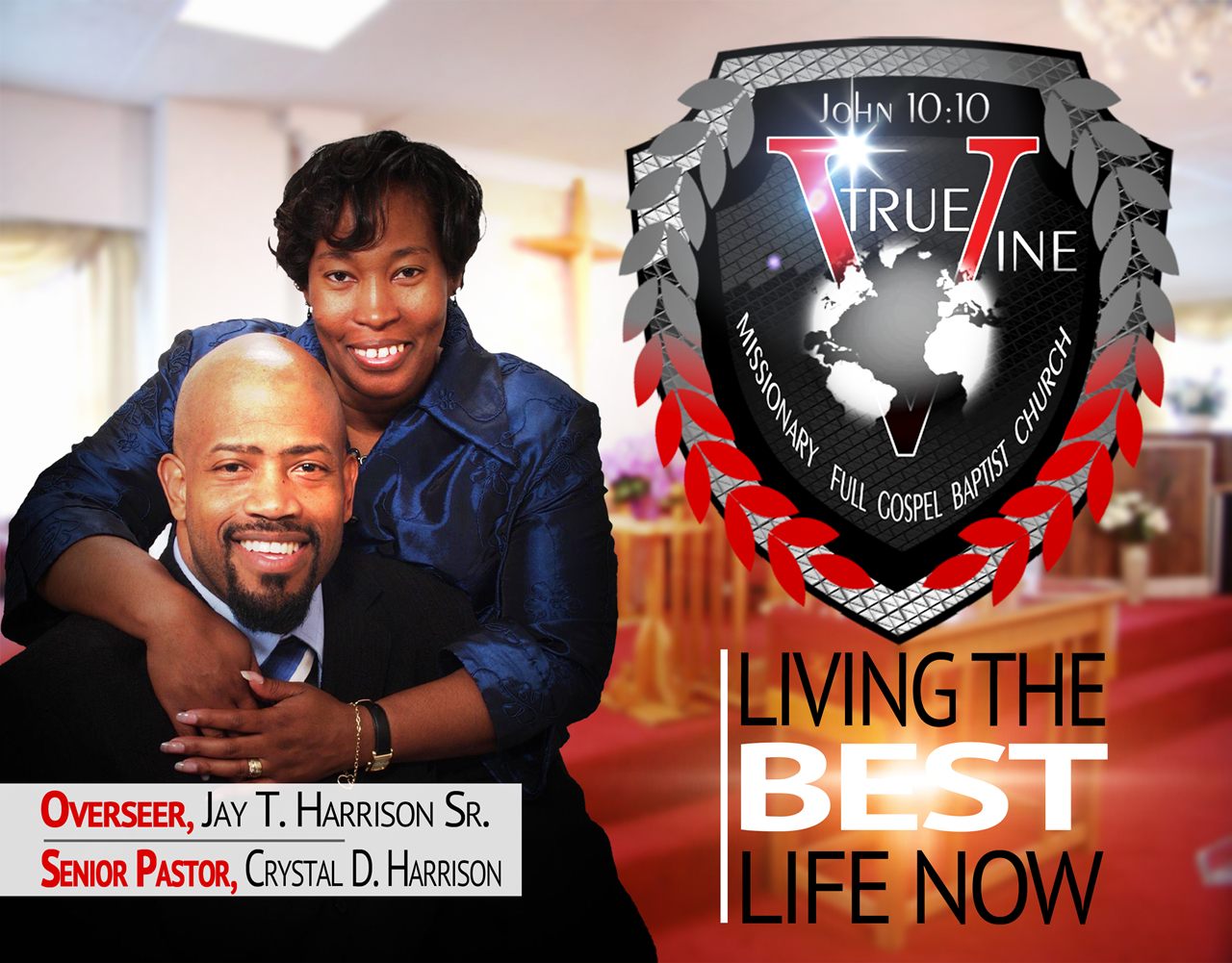 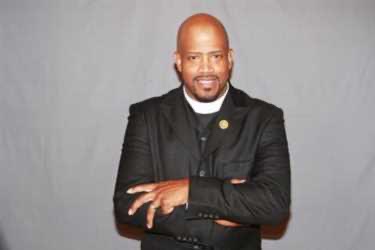 Overseer Jay T. Harrison Sr. was born and raised in Chester, Pennsylvania on May 25, 1968 at Sacred Heart Hospital.

He was born the fourth of six children and the only son of the late Bishop James and Pastor Emeritus Lessie Harrison. Pastor Harrison who was born into a ministry led family was exposed early on with a rearing that stressed community service. Overseer Harrison is very close to his family and enjoys spending quality time with them.

With both parents also holding advanced degrees, education was highly valued in the family. Overseer Harrison attended private Christian schools throughout his academic career, graduating from St. James High School for Boys. Upon graduation, Overseer Harrison then attended the Delaware County Institute of Training to become a Nurse’s Assistant, where he graduated at the top of his class with honors.

Upon relocating to Williamsburg, VA, he became employed by the Eastern State Hospital. After four years of service, a work related injury caused him to retire from Eastern State. Upon retirement Overseer Harrison increased his involvement in the ministry while at New Life Family Church, serving as the Youth Pastor, a position which prepared him for God’s next assignment.

Overseer Harrison was subsequently employed at the Richard Milburn School, which was an alternative educational facility for at-promise youth. The success of that position resulted in Pastor Harrison’s promotion to the Williamsburg Department of Social Services working with “At Promise Youth.” What began as a Prevention Coordinator ultimately advanced to the Community Services Director during His employment with the Williamsburg James City County Community Action Agency.

His Passion for community activism extended beyond his employment when he became actively involved in the local NAACP and founded the Williamsburg Community Development Organization, which grew to more than twenty members who were critical in the changes that occurred in their various communities that they represented . Overseer Harrison was also actively involved in the Youth Services Coalition where he served as Chairman of the Safe and Drug Free Schools Dropout Prevention Program, and co-founder of the Neighborhood Basketball League, which continues to serve students in the Williamsburg-James City County, York County and surrounding localities.

In November of 1999, Rev. Jay T. Harrison Sr. was elected as the first African-American Republican and only the second African American to serve on the Board of Supervisors of James City County VA. During his tenure in office Overseer Harrison served as President of the James City County Transit Company, Chairman and Vice-Chairman of the JCSA, Chairman and Vice-Chairman of the James City County Board of Supervisors and the Regional Issues Committee, and two terms as Chairmen of the Greater Hampton Roads Workforce Development Board.

Overseer Harrison’s ministerial experience began via his active involvement with his parent’s ministry while growing up.

Pastor Harrison has served as a Youth Pastor at New Life Family Church located in Williamsburg, Virginia and was the founding Pastor of Living Word Mission. Also having served as the Youth Pastor at Green Springs Chapel he subsequently served as an Elder at Resurrection House International Ministries, and successively founded Keys for Change Family Life Ministries.

Upon his return to Chester, PA he has served as Co-Pastor of the True Vine Missionary Full Gospel Baptist Church under the leadership of his mother, the Rev. Lessie L. Harrison since 2004. He has also founded the Keys For Change Community Development Corporation, the purpose of which is to develop families into strong “Kingdom Citizens” by offering a Marriage Enrichment Ministry, Leadership Training, and the “5 Days of Grace” Healing and Deliverance Crusade.

Overseer Harrison is actively involved in the Full Gospel Baptist Church Fellowship where he currently serves as the State Director of Intercessory Prayer for region. Overseer Harrison was elevated to the position of Eastern District Overseer for the State of Pennsylvania where he oversees several churches. Overseer Harrison is the founder of Churches United for Harvest. The Keys for Change Sons & Daughter's Ministerial Alliance was recently established to provide covering, mentorship and accountability for the licensed and ordained clergy birthed into a ministry leadership role and those that call him their spiritual father.

Overseer Harrison is an anointed preacher and teacher who moves in the prophetic and operates under the power and authority of the Holy Spirit with signs and wonders following him.

Rebuilding the dwelling place of our God: both spiritually and physically by the preaching and teaching of the word of God and by living godly lives, so that other may see our good works and discover their purpose and fulfill it while on earth giving God all the glory!

To be a Church moving with Great favor by the leading of The Holy Spirit and to become a Great Church meeting the spiritual and social needs of our world, through Greater works.